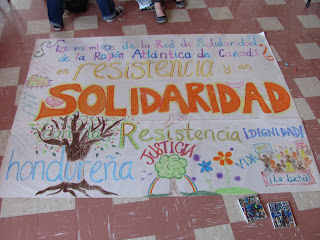 Common Frontiers Canada compiled this video from solidarity activities Betty was part of in Toronto, Ontario. Take a few minutes to catch a glimpse of Betty's inspirational visit.